What is Direct-Attached Storage (DAS)? 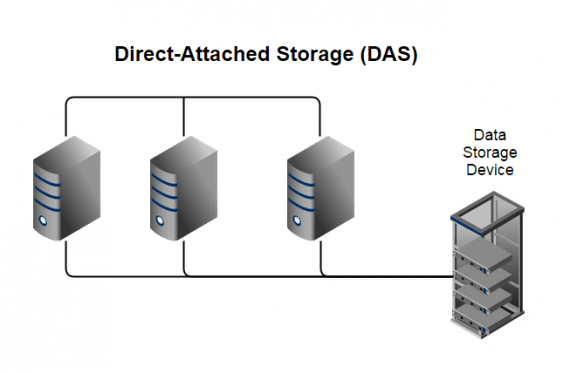 DAS is the abbreviated form for “direct-attached storage,” which is basically digital storage that is directly attached to the system which accesses it, unlike the storage which is normally accessed over the network of the computer system. Thus we can say that, DAS is a dedicated digital storage device which is attached directly to a PC or a server through a cable. Direct-attached storage is vitally straightforward, simple and clear-cut, which is why; DAS devices and systems are not becoming increasingly used due to the growing demands for effective IT storage solutions.

Key Protocols That Are Generally Used for DAS Connections

How to get rid of the problem of Corruption?

There is an easy solution available which helps to get out of the problem i.e. DAS Data Recovery Software. It is one of the easiest ways to get all the lost and accidentally deleted data from DAS. The software supports to recover data from all the DAS i.e. hard drives, MMC cards, SD cards, pen drives etc.